The company has boosted the overall display size to 6.8 inches, from 6 inches previously. The bezels are slimmer, but the device itself is also larger, as shown in this comparison below. 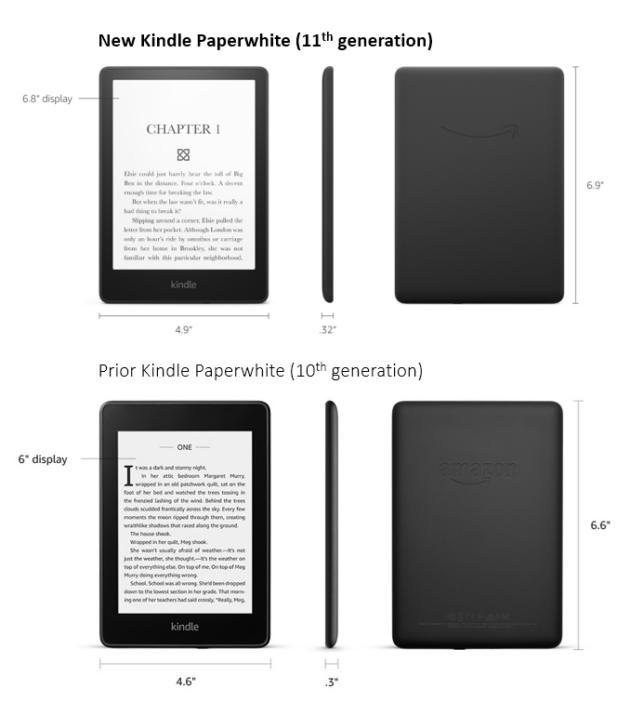 It’s the fifth Kindle Paperwhite since Amazon introduced the device in 2012, although the company calls it the 11th generation Paperwhite, referencing the current cohort of Kindle devices.

Promised battery life is 10 hours, vs. 6 hours in the previous generation.

Amazon has made the leap from a micro USB port to USB-C in the new devices. A full charge takes 2.5 hours, down from 3 hours previously.

In addition, the company says the Kindle interface has been overhauled with “several new features for an easier and more intuitive experience.” There’s also a streamlined setup process using the Kindle app for iOS and Android, according to the company.

They’re available for preorder today, and scheduled to be released Oct. 27.

Tammy Hembrow is known for her trademark booty, but she’s left her followers floored after showing off her sculpted abs.She’s Australia’s biggest fitness...
Sports

Manly needed a police escort to get to its preliminary final and several NRL legends believe doesn’t bode well for the Sea Eagles.Manly...
Technology

US CDC endorses booster shots for 65+

US CDC endorses booster shots for 65+